In honor of Lily James looking like an IRL princess of perfection, here are some more fabulous women who would look even better with a tiara:

Covergirl, Oscar-winner, and women’s rights activist Lupita Nyong’o thrived in 2014 and shows no signs of stopping in coming years. Her rich voice and versatile acting earned the native Kenyan an Academy Award for 12 Years a Slave. “Can she sing?” To that I say, do all Disney princesses really have to sing?

Diana Agron rose to fame as Quinn Fabray in Glee, and she maintained a consistent performance despite inconsistent writing quality. While Agron never got the high-intensity solos that costar Lea Michele sang, Agron’s subdued alto allowed for several emotional moments. I also wouldn’t mind seeing another double-princess movie if Agron and Michele reunited…

This Mumbai native enchanted audiences with her performance in Slumdog Millionaire, and since then, Pinto scored several beauty contracts and became a muse for a number of designers. Her charity work only enhances her princess-ness, as the actress supports AIDS research and the Andre Agassi Foundation for Education.

But look at her. Absofrigginlutely flawless.

She can sing. She can act. She’s already been a princess in a musical (Into the Woods). She’s one of the most adorable humans ever. Why doesn’t she have a princess movie yet? But, like, the type of princess who apologizes to inanimate objects after bumping into them…

Osnes played Cinderella in the Rodgers and Hammerstein revival last year, but the Broadway star also lives in true princess fashion. She has an incredible set of pipes to boot and could offer a return to classical sounding princesses like Snow White. Also, she’s gorgeous and rocks a ballgown like no one else. 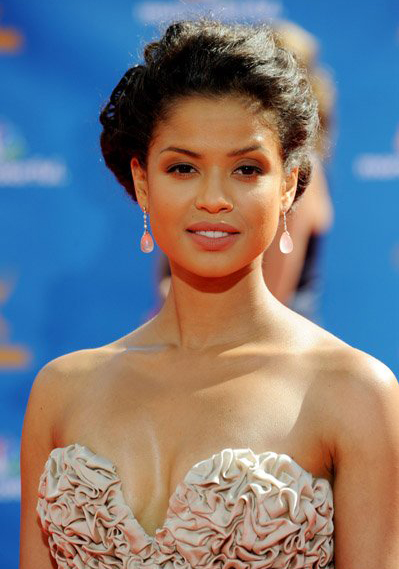 If you don’t know who Gugu Mbatha-Raw is, do yourself a favor and rent Belle, and then we’ll talk. Mbatha-Raw’s powerful portrayal of a mulatto woman socially combating slavery in England is incredible. She commands the screen and, like Osnes, makes wearing corsets look effortless. She’s nothing short of spectacular. (Aaaaaand she has a really lovely English accent.)

Who do you think would make a great princess? Which princess could you see each lady portraying on screen?

Check out the princes’ list here: Actors Who Should Consider Being Disney Princes