I know Disney is trying to expand more into their live-action film potential, but everyone knows their real gems are the classic animated fairytales. And let’s be honest, not all of the princesses are as fabulous as their films (cough cough Aurora cough). Sometimes, the princesses far overshadow their princely counterparts, but the role of the prince to balance or foil the princess cannot be overstated. (Calm down, now. I’m not saying princes are crucial. I’ve seen Brave. I’m just saying typically the role of furthering the heroine’s character development is given to the prince. Oh, and there’s a lot of conflict surrounding that relationship in Disney movies, let’s not forget that either.)

So, just from letting my mind wander and fingers Google image search, here are some actors – past and present – who in their prime would/should/better be Disney princes.

This man is a walking Disney prince. Just look at the guy: perfectly coiffed hair, cut jaw line, sly grin, crystal blue eyes. Let’s not forget he can sing, and not the Zachary-Levi-modern-raspy-tone singing either. Bomer’s voice harkens back to the vibrato-laden songs of the original Disney princes.

From his role as Fiyero in Wicked to a starring role in Les Mis, Aaron Tveit has come a long way in under seven years. While he’s not (yet) a household name, he would be a perfect Disney prince. Let’s be real: who actually knows the prince’s voice actor before a Disney movie came out? (The only exception *maybe* is Zachary Levi as Flynn.)

Wife Idina Menzel will (hopefully) become a princess in Frozen, due out this November, but Taye is equally as talented a singer and a good actor, as seen on Private Practice. Oh, and he’s perfect too. Forgot to mention that.

I have no earthly idea if Redford can/could ever sing, but by looking at his roles in romance movies (flashbacks to The Way We Were), he’s got all of the components of being a Disney prince. I guess Jay Gatbsy will have to be iconic enough of a role.

If you grew up in the 1990s and did not have a crush on Ricky Martin, you’re bluffing. In addition to being a talented singer, he’s also seems like a decent actor. (Okay, don’t judge me.) 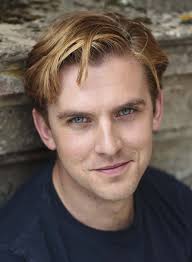 Now that he’s not doing Downton Abbey anymore (WHY, MATTHEW!? WHY?!), he’s got some room on his plate for new projects. He’s in the new Wikileaks biopic The Fifth Estate, but we all know when he sang with Lady Mary he was destined for greatness as a Disney prince.

He played everyone’s favorite Boy Wizard in A Very Potter Musical. He’s not nearly as technically trained as Diggs or Tveit, but he has boyish charm and excellent comedic timing. Plus, he performed this medley for Alan Menken. I’m surprised Menken hasn’t already written a ballad for him.

Yes, I know he’s Loki. He’s also soon-to-be Captain Hook. Yes, I also know he’s not a great singer, but he’s got this warmth to his voice that makes him irresistible as a leading man/villain/pirate. Plus, he’s already used to delivering rousing, princely speeches to troops as heard in this clip performing as Prince Hal.

9) Leo DiCaprio – He’s done just about everything else under the sun for acting. Why not add Disney prince to the list? He probably won’t win an Oscar for that role either…

One thought on “Actors Who Should Consider Being Disney Princes”